Mind of a Snail collaborates with groups and individuals in various capacities as shadow puppetry and projection designers:

“A Brief History of Human Extinction” with UpintheAir Theatre and Jordan Hall  (2018): 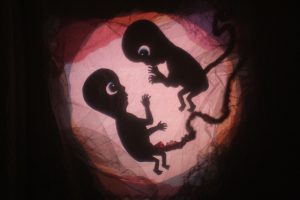 These Walls are Paper Thin (2009) with Critical Mask & Clea Minaker: 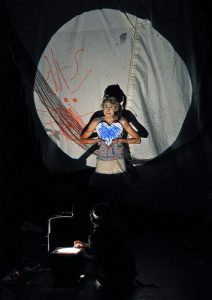 We have also provided puppetry mentorship to some of our creative peers: